Hydroseeding is the hydraulic application of a mixture of seed, water, fertiliser and tracking dye sprayed on the topsoil. It’s designed to provide fast, economical and efficient revegetation.

Depending on the HydroTruck, the cannon is capable of spraying the mixture over 100 metres. HydroTruck is also referred to as a boom. This advanced spraying procedure enables coverage in even the most difficult to reach areas. 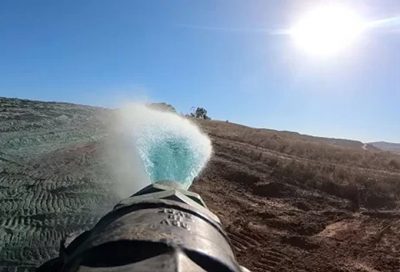 Is Hydroseeding
the Same as
Hydromulching?

Hydroseeding is distinguished from hydromulching by the fact that it doesn’t utilise a cellulosic fibre mulch in the mixture. Despite both words often being used synonymously, hydroseeding mixtures usually contain crop seeds of a single origin and a fertiliser mix. This specific mixture is based on an initial soil test of the site.

The complex mixture of minerals, fertiliser and seeds provide many benefits. These include:

The binder/tackifier essentially acts as a “glue” that holds the seeds to the soil. These add-ons help the seeds remain in place long enough to germinate without being washed away in rainfall.

Hydroseeding solutions are usually utilised where mulch is not needed. If the soil is healthy and the irrigation is adequate, hydroseeding only adds binders and tackifiers into the mixture. These substances help reduce the erosive forces of wind and rain on the seeds.

Hydroseeding is an effective and viable option for vegetating vast expanses of land quickly and easily. These include land areas that are flat, hard to access, or significantly sloped.

Hydroseeding can revegetate an area much quicker than direct seeding methods such as broadcast or drill seeding.

Hydroseeding is a far less expensive way to revegetate an area than rolled turf. 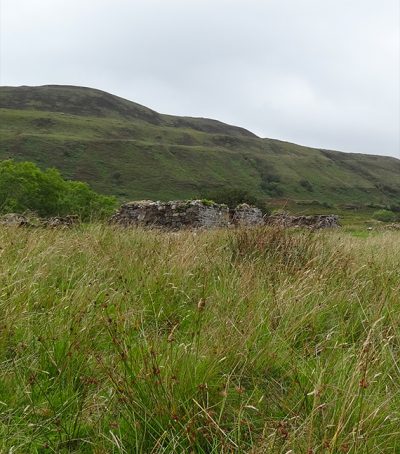 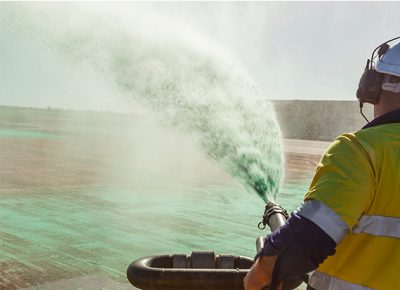 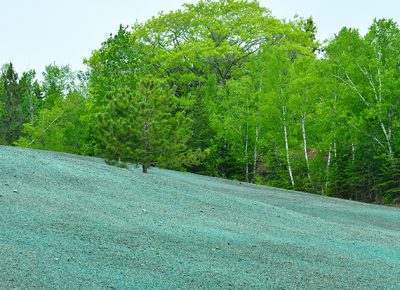 Can Reach Difficult or Dangerous Areas

Hydroseeding can be used to revegetate areas that are difficult or dangerous to access. It is effective on flat areas, batters, and even slopes, which makes the task of providing erosion control for verges and soil stockpiles much easier.

Hydroseeding can also cater for sites that require native vegetation. We can provide custom seeds and fertiliser blends to produce as little impact on the environment as possible.

The tracking dye added to the ‘hydroseed’ mix not only ensures you receive full revegetation coverage but also gives the land an attractive appearance. The resulting application with a tracking dye will look far better than an area covered with only straw or sod.

Other revegetation methods are generally a lot more expensive due to the additional labour resources needed to seed or turf a substantial area. 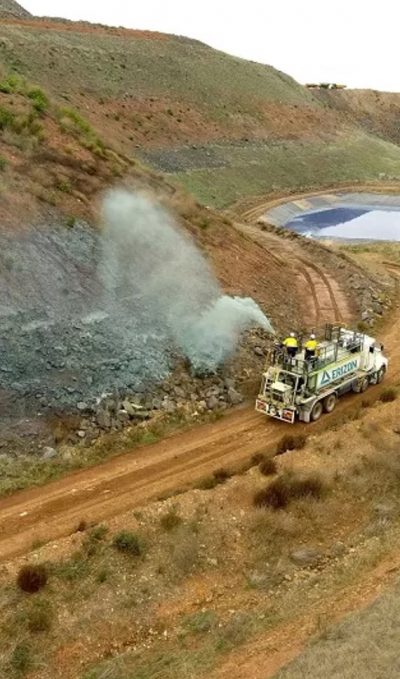 In hydroseeding, all components are applied at the same time. Dry seeding, or traditional hand seeding, involves a multi-step process, where the seed, mulch, and fertiliser are applied one at a time.

Soil analysis is the first step to any successful soil management and hydroseeding project. It gives critical information about the biochemical composition and physical properties of a piece of land.

With proper soil testing and analysis, one can determine the ideal mixture of seeds and fertiliser for a particular soil. Soil analysis provides an index of nutrient availability and evaluates the fertility status of the land.

The analysis results help outline a specific hydroseeding strategy. This plan can be tailored-fit for the soil and its revegetation.

Without conducting an initial analysis of the soil, one may run the risk of over-fertilisation. This immediate effect can eventually lead to water pollution, nutrient leaching, and further environmental contamination.

When was Hydroseeding Invented?

A Connecticut highway worker by the name of Maurice Mandell discovered hydroseeding while working on the steep embankments of the expressway in the 50s.

By mixing seed and keeping it suspended in water, it could be sprayed directly onto the ground surface from tanks.

Charles Finn, having designed the first straw mulch blower previously, took this idea and developed it into what is now known as the ‘Hydroseeder.’

Since the technique of hydroseeding was discovered in the 1950s, it has been referred to as many things. It has many common variants such as hydroseed, hydroseeding, spray grass and hydraulic seeding. 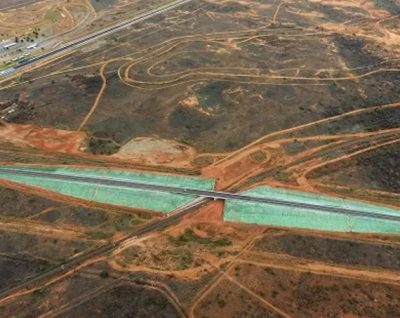